Windows 10 is really a nice Operating System; it combines the best of both of its predecessors.  But it is not without its flaws, most notably its intrusiveness into our personal lives.  Even though it can be argued that Microsoft is no different than their competitors, Apple and Google, the vagueness for which they inform the User is pretty scary.

We’re going to look at some of the more intrusive and risky aspects of Windows 10 and show you how to turn them off.

It all starts with the Settings

If you read our previous post about upgrading to Windows 10, Windows 10: The Manual Method Part 2, you want to make sure you use CUSTOMISE on the Settings screen when it appears.  But even after you follow our recommendations when you upgrade there are still things that need to be addressed.  Below are the areas that are the most important to lock down.  Click your:

START button and go to:
SETTINGS to find these options

Wi-Fi Sense is a new feature in Windows 10 and it is pretty dangerous as it opens your system to outside connections that may not be very secure.  You want to make sure you turn this OFF. 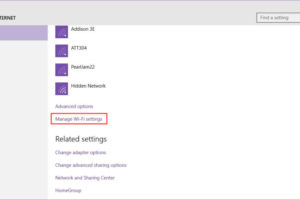 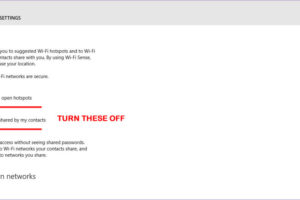 While Windows Update has been around for a loooooong time there is a new element that poses a security risk.  Windows will pull updates from other systems within your network.  While this may not pose a great risk if your system is a desktop in a business controlled network environment, in an open or traveling environment this is a security risk.  Turn this OFF. 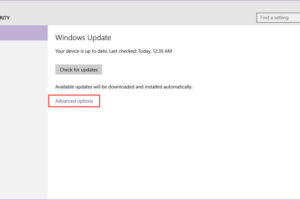 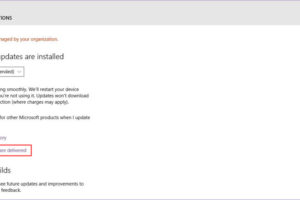 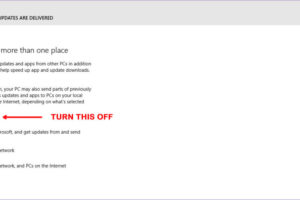 The bulk of the settings you’ll need to address are here.  But there are a couple of note that we’ll address.

TURN OFF the settings in the following categories:

These can be configured so that they only share information between each other.

These settings determine how much information is sent to Microsoft’s error reporting.  Unfortunately it shares more than just the error information.  Set these to NEVER and BASIC.

This is a long list of Apps that are allowed to run in the background; these will use up your memory.  There are only a couple worth leaving on so scroll through the list and turn the majority of them off.

Locking these setting down will help maintain your privacy and help secure your system.  But this is only a start, using security software will take things even further.