Microsoft has its fair share of haters, “they don’t innovate, they copy,” “Windows is a bloated outdated OS,” etc.  On the flip side, there are plenty of Apple haters out there as well “Macs are little more than kids toys,” “You can’t do real computer work on a Mac.” Etc.  The list can go on from the founded to the unfounded.

“The act or process of inventing or introducing something new” or, “a new invention or way of doing something.”

And the Merriam-Webster Dictionary has innovation as:

“The introduction of something new,” or “a new idea, method or device.”

Based upon those definitions, can Microsoft or Apple be called innovative?  Frankly, no.  Before you get your gander up, let me explain.

The Desktop and Mouse

Windows, Apple and even Linux use some kind of icon based or graphical desktop, but none of them invented it.  Xerox invented the desktop and mouse back in the early 70s at their PARC facility.  They realized there wasn’t a great need for either with their products and contacted both Steve Jobs and Bill Gates to see if they had interest.  The rest is history but both companies have changed the desktop to suit their needs and the needs of their users over the years.

I’m not referring to the Tape or CD portable players from the 80s or 90s but the MP3 players we use today.  The first one was released in 1998 by a Korean company called SaeHan and was called the MPMan.  A few months later Diamond, Compaq and Creative Labs released similar products.  Apple didn’t join the group until 3 years later.  The MPMan and Compaq’s Digital Jukebox were slightly larger than the iPod Classic but had much smaller capacities.  Microsoft entered the game about a year after Apple after seeing the popularity of the iPod.

Apple is still one of the most popular players in the Smart Phone industry but they were late, very late, to the game.  RIM released the first Smart phone in 2002 with the Blackberry 5810.  It was the first phone that allowed people to schedule appointments, get email etc.  Palm released the Treo 600 in 2003, which was the first to use a color screen.

Microsoft released their Windows Mobile 2003 Operating System.  This was part of the expanding “Pocket PC” market that had already been around since 2000.  Web Browsing, email and even productivity software were all available in the different version of WinMobile.  Apple released the iPhone in 2007 and you pretty much know the rest.

Tablets have been around for a very long time, longer than what most would suspect.  But what I am referring to are tablet computers based on touch-screen technology and not a stylus.  Fujitsu offered one of the first such tablets back in 1998 with the Stylistic 2300.  Compaq followed up with the Compaq Tablet in 2001 using Windows XP as the Operating System.  The iPad was released in 2010 roughly 12 years after the first touch screen tablet. 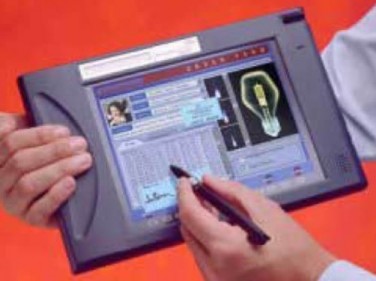 It is worth noting that Microsoft was the first large company to embrace touch screen technology with Bill Gates predicting that tablets would dominate the PC market back in 2001.  Today their latest Operating System, Windows 8, is designed with Touch screens in mind. 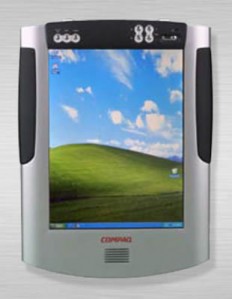 These are some of the most notable examples from both companies.  Neither can be heralded as innovators in these examples.  However, it has been through their persistence, through acquisition or emulation that both can be accredited with improving upon these existing technologies.

Consumers have been the ones that have benefitted the most from their actions.  Our lives and by extension the products we use are a direct result of these two behemoths not settling for the status quo.  While some would herald what they do as innovation, I am not one of them; their contribution can not be ignored.

Bad Vendors Hand over your passwords