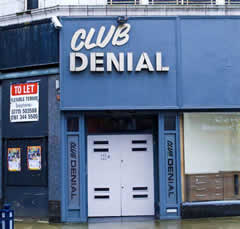 “Mac’s Don’t get Viruses, they are the most secure computers on the market.“

Really?  Let’s take a look at that for a moment.  Picture if you will that you are an Internet thief looking to steal credit card information from unsuspecting web surfers using a hidden download system or other form of spyware/malware.  While trying to develop your download you look at your options for creating your download:

After looking at the figures it’s pretty easy to figure out that the target that offers the greatest number of users and the ability to remain hidden are the Windows based systems.  So is a Mac really more secure or is there just not enough profit in it for the thieves?  I think it’s a safe bet to go with the latter rather than the former.

Mac users have created this fallacy, and Apple is not without blame for that, about how secure their systems are.  They aren’t.  Simply because there aren’t enough of them in use to warrant the attacks doesn’t mean the computer are more secure.  Why do you think Apple stopped the “Macs don’t get viruses, etc.” campaign?  Because Apple knew they weren’t and aren’t that secure.

Over the course of the last year or so, the vulnerabilities of the Mac have been becoming more evident.  Reports of Malware/Spyware attacks on the Mac have been increasing.  Articles regarding Mac’s vulnerabilities to Viruses and Malware have appeared in: The Register, Naked Security, Threat Post, cNet, PCWorld etc.  What makes it more interesting is that they are using the very same techniques and methods they use on Windows based systems so that should tell you something, or at least give you pause.

With the realization of Mac’s vulnerabilities becoming more evident, the security industry is starting to market to Mac users; Norton actually has a product called “Norton for Mac” with the slogan “Macs get viruses too.”

Mac Users are very passionate about their systems.  For the most part they are well built, solid machines.  But that doesn’t mean Mac Users should throw common sense out the window and that is what they tend to do.  It doesn’t matter if you are Windows based, Apple based or Linux based, you should use common sense in making sure your computer is secure.  That is something the Mac Users seem to forget and it will end up hurting them down the road.